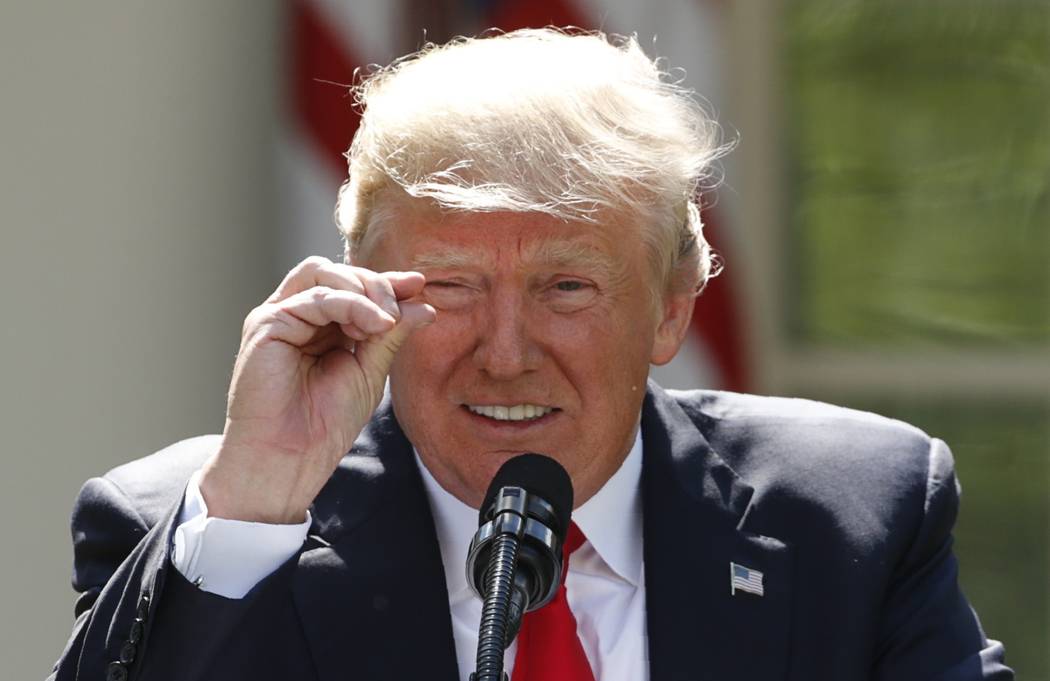 The caterwauling over President Trump’s decision to pull out of the Paris Climate Accord and renegotiate was quick, loud and anguished — including from Nevada’s usual Democratic suspects.

Freshman Nevada U.S. Sen. Catherine Cortez Masto fired off this prediction of doom and gloom: “Withdrawing from the deal would weaken efforts to combat one of humankind’s biggest threats, not only risking irreversible damage, but also harming our economy. President Trump’s decision to leave the Paris Agreement is the height of irresponsibility and an affront to our moral duty to protect our planet.”

Rep. Dina Titus of Clark County was equally over the top: “Any move to abandon this agreement will jeopardize our physical wellbeing, further undermine our standing as a world leader, and endanger our economic vitality for years to come.”

Freshman Congressman Ruben Kihuen, who presents much of Southern Nevada, chimed in by bemoaning: “Now is not the time for America to be stepping away from our leadership role on the world stage, especially when it comes to the future of the planet.”

Freshman Rep. Jacky Rosen of Clark County joined the chorus with this statement: “This decision not only places our country at an economic disadvantage relative to other countries in clean energy production and innovation, but it places us in harm’s way.”

At least Republican Sen. Dean Heller was realistic, while expressing his support for renewable energy development: “Our country will continue to move forward with the development of innovative new energy technologies that make our state and our nation’s energy supply cleaner, more affordable, and more reliable — with or without our participation in the Paris Agreement.”

Was anyone really listening to what Trump said?

Just what is the “irreversible damage?” What is the jeopardy to “our physical wellbeing” and the “future of the planet?” And how are we placed in “harm’s way?”

“Even if the Paris Agreement were implemented in full, with total compliance from all nations, it is estimated it would only produce a two-tenths of one degree — think of that; this much — Celsius reduction in global temperature by the year 2100. Tiny, tiny amount,” Trump said in his half-hour long Rose Garden speech this past week. “In fact, 14 days of carbon emissions from China alone would wipe out the gains from America — and this is an incredible statistic — would totally wipe out the gains from America’s expected reductions in the year 2030, after we have had to spend billions and billions of dollars, lost jobs, closed factories, and suffered much higher energy costs for our businesses and for our homes.”

(According to a Heritage Foundation report, if the entire industrialized world cut carbon emissions to zero, global warming would be reduced by four-tenths of a degree Celsius by 2100.)

Just how many jobs and dollars would it take to avert this impending climate cataclysm?

Citing an economic study, Trump stated that by 2040 the Paris Climate Accord would cost the economy $3 trillion in lost gross domestic product and 6.5 million in industrial jobs, as well as reduce the incomes of households by $7,000 each.

Then there is the fundamental unfairness of the deal negotiated by the Obama administration but never ratified by the Senate.

“Not only does this deal subject our citizens to harsh economic restrictions, it fails to live up to our environmental ideals,” Trump said. “As someone who cares deeply about the environment, which I do, I cannot in good conscience support a deal that punishes the United States — which is what it does — the world’s leader in environmental protection, while imposing no meaningful obligations on the world’s leading polluters.”

In fact, the United States over the past 14 years has already reduced carbon emissions by 10 percent, according to data from the U.S. Department of Energy, and that is not due to wind and solar power generation, which still accounts for only 3 percent of the nation’s energy output. It is largely due to fracking producing cheaper, clean-burning natural gas to replace coal-fired generation.

But under the Paris Accord, China will be allowed to increase its emissions for another 13 years. India’s participation is contingent upon receiving billions in foreign aid, largely from the United States.

“China will be allowed to build hundreds of additional coal plants,” Trump reported. “So we can’t build the plants, but they can, according to this agreement.”