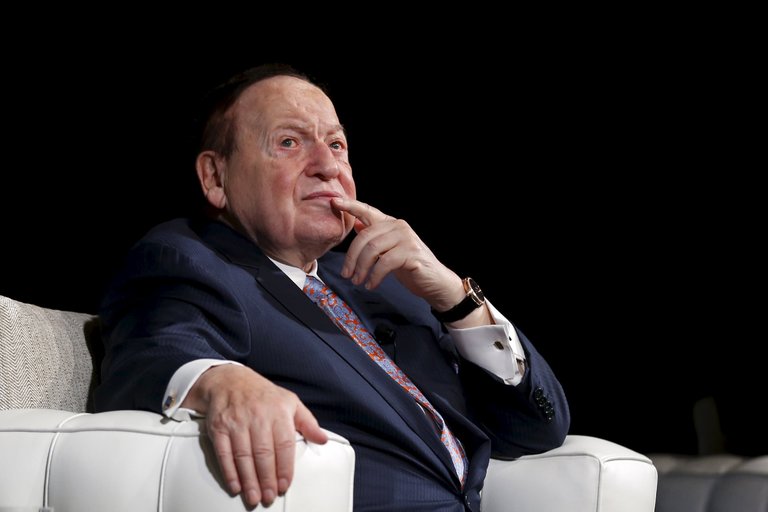 Often the most significant aspect of a news story is what it doesn’t report.

The morning newspaper today reports that Democratic Assemblywoman Maggie Carlton of Las Vegas is seeking to conduct a hearing on a surreptitious recording made by Gaming Control Board Chairman A.G. Burnett of a conversation with Attorney General Adam Laxalt concerning “a certain licensee” — in other words, a casino owner.

Near the end, the news account informs readers that neither Carlton nor the AG’s office would name that “certain licensee.”

Now who on earth could that “certain licensee” be?

Back in February an online news operation called The Nevada Independent reported that Burnett had secretly recorded a meeting with Laxalt in which the AG asked that the gaming board file an affidavit in a civil lawsuit in Las Vegas demanding that certain records concerning the Las Vegas Sands be kept confidential. The Sands is owned by Sheldon Adelson, whose family owns the Las Vegas Review-Journal. Adelson is also a major contributor to Laxalt’s political campaigns.

The Nevada Independent is funded by contributions, a large portion of which come from Sands competitors, and is headed up by former Review-Journal, Las Vegas Sun and television commentator Jon Ralston.

Both the Independent and Battle Born Media newspaper sought a copy of the recording under the state public records law but were turned down. “Even if the requested material was a public record,” the gaming board custodian stated, “it is declared confidential and privileged by law and, therefore, exempt from disclosure.”

Laxalt issued a statement at the time in an attempt to explain his meeting with Burnett on behalf of Adleson, “The Attorney General’s Office was approached by the Sands Corporation asking us to file an amicus brief about NRS 463 — a statute that protects the confidentiality of documents submitted to the Gaming Control Board. I’ve made it a practice to personally advise and meet with my clients on a regular basis. As a Nevada statewide elected official, I also meet with constituents all the time on issues that are important to the State and our clients.”

In the story first filed online Tuesday evening, the morning paper quoted Carlton as saying in a statement, “Last week I issued a subpoena for information regarding actions Attorney General Laxalt took to interfere with the Gaming Control Board’s oversight of a certain licensee. … The information is unsettling and warrants a hearing. We will work with the Chairman of the Gaming Control Board to bring more light to this situation.”

At about 4 a.m. today The Nevada Independent, which bills itself in social media as @TheNVIndy, posted a lengthy story recapping its previous reporting on the topic and attaching a 14-page notarized affidavit filed by Burnett on April 27. Why he created the affidavit is unclear.

That affidavit explained for the first time why Burnett, who was appointed by Gov. Brian Sandoval, decided to record the conversation. “Further, because said licensee had in recent months been part of the purchase of the Las Vegas Review-Journal, and as previously noted, there were news articles implying that agents or employees of the newspaper had sent reporters around to monitor particular judges, including the judge presiding over the wrongful termination case, I was concerned reporters might be monitoring me, as well.”

Burnett also said, “I was shocked and in disbelief due to the nature of these unusual circumstances. I was also extremely worried about what the conversation might entail. Based on my knowledge of Nevada statutes, including past discussions with federal authorities, I determined it was in my best interest, and those of the state and the GCB, to record the upcoming oral conversation.”

Burnett reportedly turned over a copy of the recording to the FBI, which found no criminal behavior.

The Independent reported that Laxalt sent this statement to the news outlet: “Today’s news proves the point — Nevada democratic (sic) politicians will stop at nothing — including twisting and politicizing a routine action that previous attorneys general, including Catherine Cortez Masto, have taken. … We look forward to exposing this for what it is: a political attack designed to distract from the Democrats’ radical agenda that harms Nevada’s working families.”

Laxalt is said to be planning to run for governor. In March the Sun reported that Democrats filed public records request seeking copies of Laxalt’s official communications with Adelson and his representatives. The Sun story also mentioned the secretly recorded conversation that remains a mystery to the newspaper into which it is inserted.

The Sun reported, “Laxalt has faced criticism over an April 2016 meeting with Gaming Control Board Chairman A.G. Burnett. Democrats have asked the FBI to release any audio recordings and documents related to the case and called for a state ethics investigation, saying Laxalt was attempting to push Burnett into supporting Adelson in a lawsuit.”

A year ago the Gaming Control Board fined the Sands $2 million for failing to maintain the reputation of the gaming industry. This was based on the company settling with the Securities and Exchange Commission for a $9 million civil penalty, which follow on a $47.4 million settlement with Treasury a couple of year earlier.