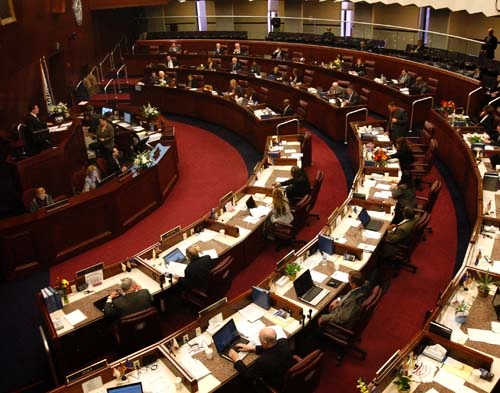 Perhaps the lesson of 1989 lingers.

In that legislative session, Nevada lawmakers were so bold as to pass a law that increased their pensions by 300 percent. Though the eventual retirement payouts amounted to only a few hundred dollars per month, voters were outraged by the audaciousness of the self-serving money grab.

But a petition was circulated to put the repeal of the pension hike on the ballot in 1990.

Smarting from the voluble voter backlash, Gov. Bob Miller called a special session in November of 1989 and lawmakers quickly repealed the pension increase and Miller signed it two hours later.

Despite the repeal some lawmakers feared the pension grab remains ”a campaign issue that hurts everybody who voted for it.’’

Only four legislators opposed the 300 percent pension increase for themselves, and despite the repeal in special session many of the senators and assemblymen who originally voted for the increase were later voted out of office.

So, in 2015 state lawmakers hatched Assembly Joint Resolution 10, which proposes to amend the state Constitution to create a citizen compensation commission that would set their salaries, as well as the salaries of statewide officials, justices, judges and county elected officials. It overwhelmingly was passed by lawmakers in 2015 but must be approved again this session before it would go before the voters in 2018.

The Constitution currently states that such compensation is set by law, meaning the legislators set their own salaries and expense reimbursement. That currently amounts to a salary of $146.29 a day for 60 days of each 120-day session, plus $140 a day to cover expenses each day of the 120-day session, for a total of just more than $25,000 each legislative year.

This compares favorably with a number of other states with part-time legislatures — such as Kansas which pays $88.66 a day plus $140 a day in expenses and Wyoming at $150 a day in pay plus $109 a day in expenses. (Pay no heed to neighboring bank-breaking California where full-time lawmakers are paid more than $100,000 a year plus $176 a day in expenses.)

Under AJR10 the governor would appoint a seven-member commission with various expertise as prescribed by law. Members would draw a salary plus benefits. They would be tasked with comparing the salaries of elected officials with the salaries and benefits of persons employed in the public or private sector who have similar qualifications.

The fiscal note on the resolution proclaims there would no effect on state or local government, which should raise suspicions right there.

According to Ballotpedia, one of the arguments for passage of AJR10 was advanced by Republican Assemblywoman Vicki Dooling, who is no longer in office. She proffered: “I am bringing this resolution forward because I believe it is difficult for elected officials to have a serious and fact-based discussion about their own compensation. Too many interest groups criticize and bring pressure. They regard this as self-serving and fail to recognize the amount of time and effort it takes to serve our fellow citizens. Even when the Legislature created an advisory commission that is still in statute, that commission’s recommendations had to be submitted to the Legislature for enactment. In the end, legislators were still forced to discuss and act on their own salaries.”

Actually a number of states have created compensation commissions so lawmakers might wash their hands of the grubby task of setting their own pay. One of the more recent ones is Minnesota. According to news accounts, Minnesota lawmakers had not received a raise in nearly two decades, fearing a voter backlash. Instead, in November 2016 more than three-quarters of state voters amended the state Constitution to create a compensation commission.

Nevada voters should keep that in mind should AJR10 make it to the ballot here next year. If lawmakers think they deserve a raise, they should have to persuade the voters directly, and not dodge their duty.

Update: AJR10 died this week when it failed to get a vote in the Assembly … unless it is brought back as an emergency or some other ruse.

5 comments on “Newspaper column: Lawmakers seek to shirk duty to set their own salaries”