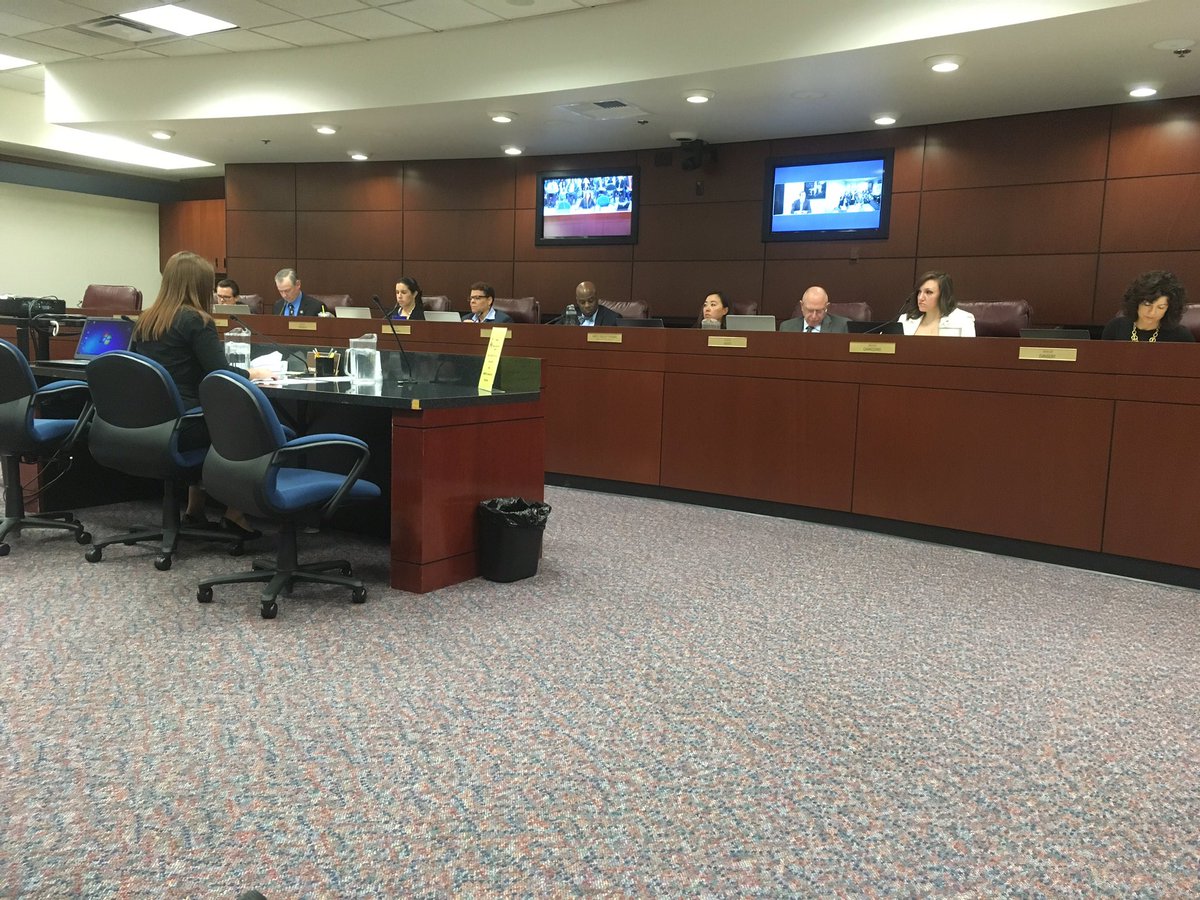 Brian Fernley of the Legislative Counsel Bureau told the Senate’s Commerce, Labor and Energy Committee, which was hearing testimony on Senate Bill 106 this morning, that lawmakers could raise the minimum wage in Nevada even though the current minimum wage was established by constitutional amendment by the voters in 2004 and 2006.

His comments came after a Bonnie McDaniel, a small business owner, testified in Las Vegas that in 2015 the LCB had opined that the minimum wage could only be raised by amending the state Constitution. (Her testimony comes at two hours and eight minutes into the archived video. Click on the 2017 Session, then click Senate Standing Committees and then on 02/20/17 Senate Committee on Commerce, Labor and Energy video.)

She read the the entire section of the 2015 LCB fact sheet that began: “Because provisions governing the minimum wage rate are included in the Constitution, any changes to the minimum wage provisions require a constitutional amendment,” but for a while had disappeared from the legislative website but was reproduced on this blog.

She also read the entire quotes posted here from a 2014 Supreme Court ruling that said the state legislature “has not the power to enact any law conflicting” with the state Constitution.

She used the phrases from the blog noting that the current LCB opinion is “diametrically opposite” of the opinion from two years ago, even though one of the LCB staff lawyers had told an Assembly committee hearing another minimum wage hike bill that the current opinion merely “updated and confirmed” its earlier opinion.

First, the phrase “at least,” which Fernley indicated he was quoting, appears nowhere in the minimum wage amendment.

Second, that may now be the LCB opinion but it has not always been as such.

The amendment does state, “Each employer shall pay a wage to each employee of not less than the hourly rates set forth in this section,” which one might interpret as defining what a minimum wage is. It then goes on to state the minimum wage is to be the same as the federal minimum wage for those employers offering health insurance and a dollar higher for those who don’t, but that wage could be adjusted for inflation, whichever is greater.

So, the question is whether the lawmakers can set a “minimum wage” that is different from what the voters established.

The amendment does say the employee is to be paid “not less than the hourly rates set forth,” but it then goes to set forth what that floor is. Does the amendment establish both a floor and a ceiling? Does the phase “not less than” open the door for lawmakers ratchet up the minimum to whatever they choose?

That Thomas v. Yellow Cab case cited by Fernley also includes a Latin phrase used in the law: expressio unius est exclusio alterius, which means the expression of one thing is the exclusion of another.

Therefore, one should ask: Does the precise expression of what the minimum wage shall be in the constitutional amendment exclude the lawmakers from defining it as something else entirely?

I guess it depends on who you ask and when you ask it.

This is the minimum wage amendment:

Payment of minimum compensation to employees.

A.  Each employer shall pay a wage to each employee of not less than the hourly rates set forth in this section. The rate shall be five dollars and fifteen cents ($5.15) per hour worked, if the employer provides health benefits as described herein, or six dollars and fifteen cents ($6.15) per hour if the employer does not provide such benefits. Offering health benefits within the meaning of this section shall consist of making health insurance available to the employee for the employee and the employee’s dependents at a total cost to the employee for premiums of not more than 10 percent of the employee’s gross taxable income from the employer. These rates of wages shall be adjusted by the amount of increases in the federal minimum wage over $5.15 per hour, or, if greater, by the cumulative increase in the cost of living. The cost of living increase shall be measured by the percentage increase as of December 31 in any year over the level as of December 31, 2004 of the Consumer Price Index (All Urban Consumers, U.S. City Average) as published by the Bureau of Labor Statistics, U.S. Department of Labor or the successor index or federal agency. No CPI adjustment for any one-year period may be greater than 3%. The Governor or the State agency designated by the Governor shall publish a bulletin by April 1 of each year announcing the adjusted rates, which shall take effect the following July 1. Such bulletin will be made available to all employers and to any other person who has filed with the Governor or the designated agency a request to receive such notice but lack of notice shall not excuse noncompliance with this section. An employer shall provide written notification of the rate adjustments to each of its employees and make the necessary payroll adjustments by July 1 following the publication of the bulletin. Tips or gratuities received by employees shall not be credited as being any part of or offset against the wage rates required by this section.

C.  As used in this section, “employee” means any person who is employed by an employer as defined herein but does not include an employee who is under eighteen (18) years of age, employed by a nonprofit organization for after school or summer employment or as a trainee for a period not longer than ninety (90) days. “Employer” means any individual, proprietorship, partnership, joint venture, corporation, limited liability company, trust, association, or other entity that may employ individuals or enter into contracts of employment.

D.  If any provision of this section is declared illegal, invalid or inoperative, in whole or in part, by the final decision of any court of competent jurisdiction, the remaining provisions and all portions not declared illegal, invalid or inoperative shall remain in full force or effect, and no such determination shall invalidate the remaining sections or portions of the sections of this section.

[Added in 2006. Proposed by initiative petition and approved and ratified by the people at the 2004 and 2006 General Elections.]

7 comments on “Can lawmakers raise a minimum wage established by a constitutional amendment?”