Casino and newspaper owner Sheldon Adelson walked away from the proposed $1.9 billion domed stadium and took his $650 million with him. The state of Nevada should renege on its $750 million commitment. 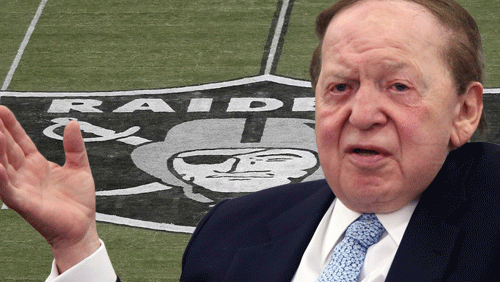 If Adelson can’t make a suitable deal with Oakland Raiders owner Mark Davis to move the team to Las Vegas, what makes anyone think UNLV will be able to deal with him and get a fair share of playing time and money from the stadium, should it ever really get built?

Adelson apparently was miffed that the Raiders handed the new stadium authority a lease deal without consulting him. “In addition to being discouraged by the surprise submission, I was deeply disappointed for the disregard the Raiders showed our community partners, particularly UNLV, through the proposed agreement,” Adelson’s said in a statement given to his Las Vegas newspaper.

“It was certainly shocking to the Adelson family,” the statement also said. “We were not only excluded from the proposed agreement; we weren’t even aware of its existence. … It’s clear the Raiders have decided their path for moving to Las Vegas does not include the Adelson family. So, regrettably, we will no longer be involved in any facet of the stadium discussion.”

Under the proposed lease the NFL team would pay$1 a year for the stadium and would keep all the revenue from concessions, events, naming, etc. Uses by UNLV and the annual Las Vegas Bowl would be subject to the whims of the Raiders.

Reportedly Goldman Sachs stands ready to step into the fray and pick up the funding gap left by Adelson’s departure. Reportedly. ESPN is reporting the Goldman Sachs is re-evaluating its role in the deal.

That $750 million in room tax money could be spent on more worthwhile endeavors, including a less ostentatious football stadium for UNLV. It would also mean the state would not have to spend $900 million in road improvements for the stadium. Lawmakers meet in Carson City in a week or so and bill draft could ready for them when they arrive.

Adelson’s sports columnist speculated that other NFL team owners did not want an unsavory casino owner dabbling in their pristine pastime, or, just perhaps, they did not want to associate with someone whose company has paid $16 million in fines to the feds in the past year over allegations of bribery involving overseas operations.

How long will it take for that little italicized disclaimer at the bottom of stories about the stadium to disappear, just as Adelson has? And what will be the paper’s editorial stance on the stadium proposal?