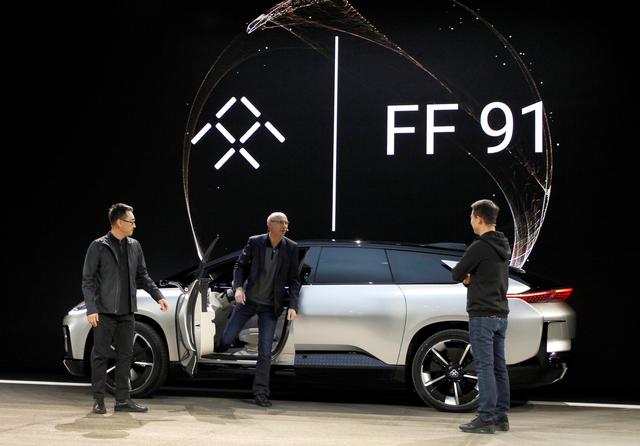 If you have to ask you can’t afford it.

The story in the morning paper about the unveiling at a local convention of the prototype for Faraday Future’s electric car that is supposed to be built at a factory in North Las Vegas was full of numbers.

The plant is to cost $1 billion. The car’s range will be 378 miles on a charge. It will generate 1,050 horsepower. Nevada ponied up $215 million in tax breaks and improvement projects. (Well, actually that was $215 million in tax abatements and credits, plus another  $120 million in infrastructure that includes water, rail and road improvements that may include widening I-15 and improving the freeway interchange near the Apex industrial park. But what’s a few hundred million in tax money?) You can reserve one by depositing $5,000.

But the story never says what the cost of the car will be.

Reuters is reporting that the tricked out FF 91, as it is dubbed — replete with holograms, sensors, cameras and radar — will be priced, according to insiders, at $180,000. That’s even higher than the high-end Tesla, which is getting $1.3 billion in tax exemptions and credits for promising to build a battery plant in Northern Nevada.

That’s right, your tax money is going to support the possible construction of cars you can never in your wildest dreams of avarice afford, even if they ever get built. Ain’t socialism grand?

Maybe if Faraday Future finds enough suckers to part with $5,000 deposits it can actually pay its contractors to build that factory.