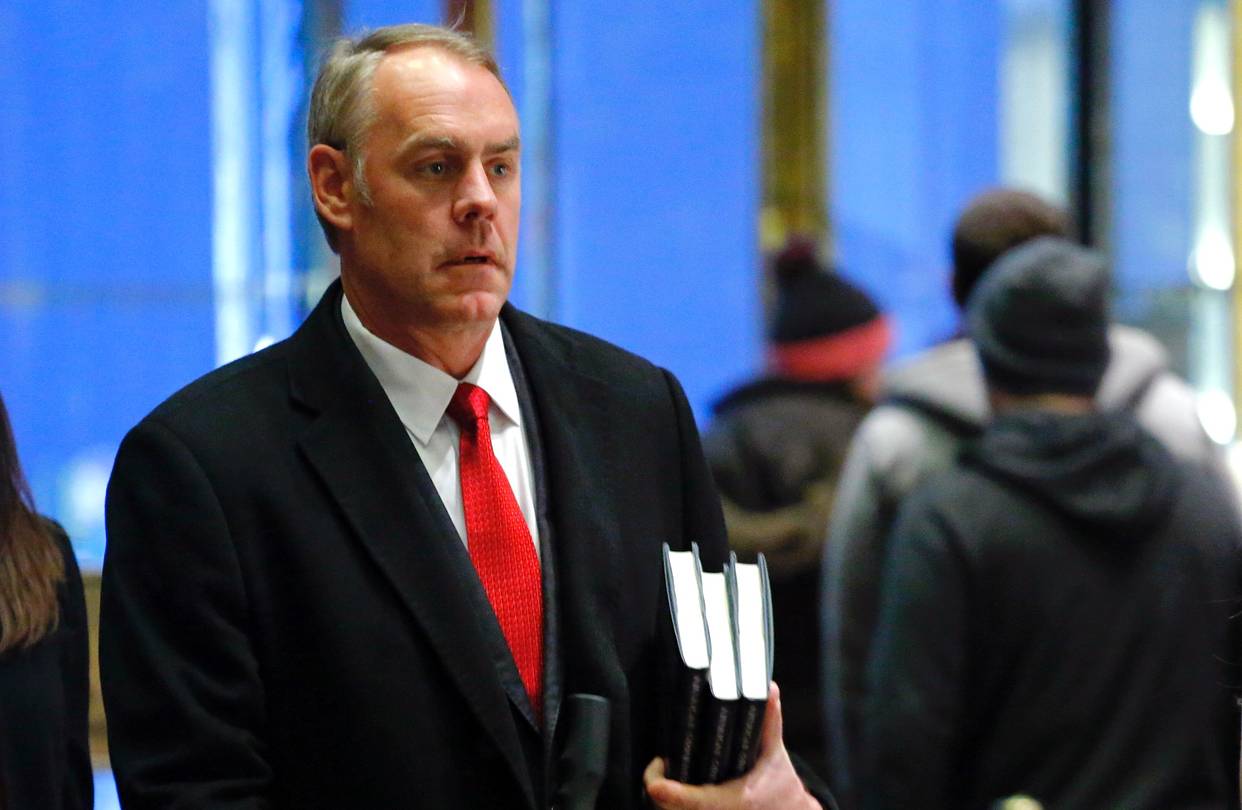 It is a bit disappointing that Republican President-elect Donald Trump’s nominee to head the Interior Department, which along with other federal agencies controls 85 percent of Nevada, does not embrace his own party’s call for more federal public land to be transferred to the control of the states and local governments, but at least freshman Montana Rep. Ryan Zinke recognizes the need for better cooperative management of those lands.

The GOP platform that came from the summer convention reads: “Congress shall immediately pass universal legislation providing a timely and orderly mechanism requiring the federal government to convey certain federally controlled public lands to the states. We call upon all national and state leaders and representatives to exert their utmost power of influence to urge the transfer of those lands identified.”

But Zinke told the Billings Gazette he doesn’t support the transfer of federal lands.

He has proposed setting up watchdog panels composed of state, tribal and local government representatives and the mining industry to oversee Interior Department land management.

The Daily Signal online news site quoted Zinke as saying, “As someone who grew up in a logging and rail town and hiking in Glacier National Park, I am honored and humbled to be asked to serve Montana and America as secretary of interior. As inscribed in the stone archway of Yellowstone National Park in Gardiner, Montana, I shall faithfully uphold Teddy Roosevelt’s belief that our treasured public lands are ‘for the benefit and enjoyment of the people.’”

At least he includes benefits along with enjoyment.

Since he seems to favor cooperative management, he would do well to heed the suggestions made by a group of Western policy organizations recently in a letter to Trump and Vice President-elect Mike Pence.

The Western Governors’ Association, Conference of Western Attorneys General, Council of State Governments West, Western Interstate Region of the National Association of Counties, and the Pacific NorthWest Economic Region collaborated to produce what they are calling “Principles to Clarify and Strengthen State-Federal Relationship,” a true partnership, unlike the current tension between the two.

The letter outlines the framework that underpins the lengthy list of recommendations for cooperation: “Under the American version of federalism, the powers of the federal government are narrow, enumerated and defined. The powers of the states, on the other hand, are vast and indefinite. States are responsible for executing all powers of governance not specifically bestowed to the federal government by the U.S. Constitution. In many cases, states delegate a portion of their authority to counties and other local governments. Though local governments are diverse in structure, all are on the front lines of delivering vital services to residents.”

Among other things the associations ask that the new executive administration act on the presumption that sovereignty rests first with the individual states and not the federal agencies.

They ask that states be consulted before decisions are made. Currently the states are routinely consulted under the letter of the law but then largely ignored. Both Nevada Gov. Brian Sandoval and Attorney General Adam Laxalt have complained that state input on such matters as sage grouse habitat management have been ignored by federal land agents.

The letter further asks that when new regulations are being promulgated that the cost to state and local governments be taken into account to ensure funds are sufficient to pay for compliance costs.

As for Zinke’s opposition to states taking control of federal land, perhaps he should heed a Wall Street Journal editorial this week that points out federal land agencies lose $2 billion a year. For example, the Forest Service assesses user fees of about 28 cents per dollar spent on recreation, compared to Montana’s $6.31. It is estimated that state-managed lands generate 10 times more revenue per employee than do the feds.

We call on Zinke to be cooperative but also compromise on his stance on the transfer of federal public land to the states — especially land adjacent to communities that can quickly put it to viable economic benefit.

16 comments on “Editorial: Interior secretary nominee should work with states on public lands”