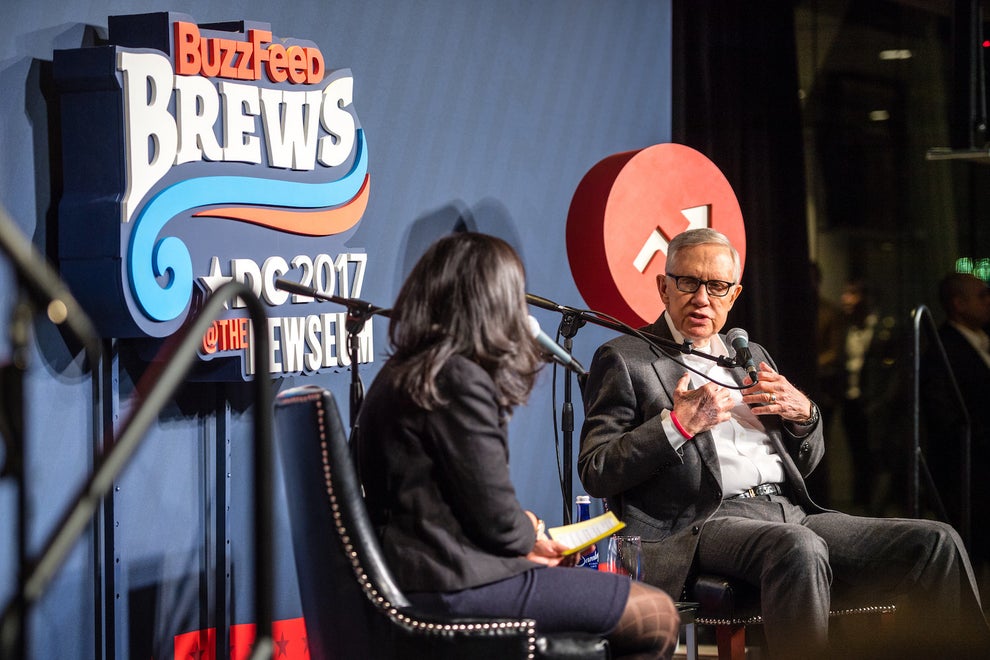 Harry Reid in interview with Buzzfeed.

In an interview with Buzzfeed, Harry Reid called the Electoral College “very undemocratic.”

“I believe that focusing on the Electoral College is important no matter how you do it, because what’s happened this decade, these last several elections, where we have clearly two elections, the Gore election and this election. In this election Hillary Clinton will wind up getting almost 3 million votes more than Trump. It’s time the system goes away. It is very undemocratic,” Reid said. “And we have a number of states that have taken care of this. It doesn’t have to be done with a constitutional amendment. And I think people should join together and get rid of this. It is unfair that presidential elections are focused on seven states. It’s wrong.”

Buzzed did not think those remarks worthy of being included in its online written account of the interview that appears on Facebook.

The 538 members of the Electoral College — one for each senator and representative from each state, plus the District of Columbia — are to convene on Dec. 19 to cast their ballots for the presidency.

The Electoral College was set up in order to provide more power to small states in selecting a president rather than allowing the more populous states to hold sway.

Even small states get three Electoral College votes even though proportionally by population they would get only one. Thus, states like Wyoming, Montana and the Dakotas get one elector for each representative in Congress and each senator.

Perhaps, someone should tell Harry Reid, who has been in the Senate for 30 years, that the Senate was created to provide all states with an equal number of representatives in the upper chamber — very undemocratic. That is why the Electoral College was created, too, precisely to be undemocratic and protect the rights of the minorities and smaller states. It is a federalist system, not a democratic one.

Reid shortly after the election:

Perhaps, instead, we should repeal the 17th Amendment.

14 comments on “Reid puts the ‘less’ in clueless”