Ryan Bundy at the Malheur National Wildlife Refuge in Oregon this past January. (AP photo)

Apparently the unexpected acquittal in Oregon — on charges of illegally occupying a wildlife refuge to protest the jailing of father and son ranchers over fires that got out of control and burned a few acres of federal public land — has emboldened one of the Bundy brothers to the point of braggadocio.

In a telephone interview this past week from his jail cell Ryan Bundy told The Washington Post that there could be protests if Obama goes ahead with plans to designate the Gold Butte area, next to his family’s Bunkerville ranch, as a national monument.

Bundy — who remains jailed while awaiting a February trial in Nevada, along with his father, three brothers and others, over the armed standoff in 2014 with BLM agents trying to confiscate the family cattle — told the Post, “The government should be scared. They are in the wrong. The land does not belong to the government.”

He warned that, as the Declaration of Independence states, the people have a right to abolish an abusive government.

The Post dismissed out of hand his arguments about who lawfully should be controlling federal public land, saying his arguments are “disputed by most mainstream constitutional scholars.”

Bundy argues that the Constitution does not grant the federal government the power to control vast tracts of land, nor does it give the president authority to single-handedly create national monuments.

His ill-advised bluster about revolution aside, there are legal scholars — perhaps not mainstream in the eyes of the Washington Post — who say Bundy and his ilk have a point.

Article IV, Section 3 of the Constitution reads: “The Congress shall have Power to dispose of and make all needful Rules and Regulations respecting the Territory or other Property belonging to the United States …”

The question is whether Congress may abdicate that power, as it did with the Antiquities Act of 1906, granting presidents the power to create monuments.

A Heritage Foundation essay by a federal judge argues it does not: “Although the Constitution contains no explicit prohibition against Congress delegating its legislative powers (to the President or an administrative agency, for example), the principle of non-delegation is fundamental to the idea of a limited government accountable to the people. Indeed, the people, in whom sovereignty ultimately resides, carefully assign certain powers to each branch of government. The delegated powers are defined as placed in distinct branches of government for the ‘accumulation of all powers, legislative, executive, and judiciary, in the same hands,’ writes James Madison in Federalist No. 47, ‘may justly be pronounced the very definition of tyranny.’”

The Supreme Court three times has upheld the Antiquities Act, but on arguments other than constitutionality.

Then there is also the question of whether the Founders intended that the federal government control vast acreage inside sovereign states.

James Madison wrote in 1787 that Elbridge Gerry raised concerns during the drafting of the Constitution about giving Congress exclusive power over purchased lands, saying “that this power might be made use of to enslave any particular state by buying up its territory, and that the strongholds proposed would be a means of awing the state into an undue obedience to the general government.”

Delegate Rufus King moved to add the phrase “by consent of the legislature of the state.” It passed unanimously.

Yet none of the legislatures of the Western states has ever consented.

This issue was addressed in 1828, when Illinois, Indiana, Missouri, Arkansas, Louisiana, Alabama, and Florida petitioned to gain control of federal land within their boundaries.

Their petition to Congress read in part: “If these lands are to be withheld from sale, which is the effect of the present system, in vain may the People of these States expect the advantages of well settled neighborhoods, so essential to the education of youth, and to the pleasures of social intercourse …”

It went on to say the land needed to be sold “within a reasonable time” so it could be taxed and government services provided.

The 1864 Nevada statehood document promises the state would get 5 percent of proceeds when “public lands lying within said state, which shall be sold by the United States subsequent to the admission of said state into the Union …”

It is 152 years subsequent to admission. Is that within a reasonable time? 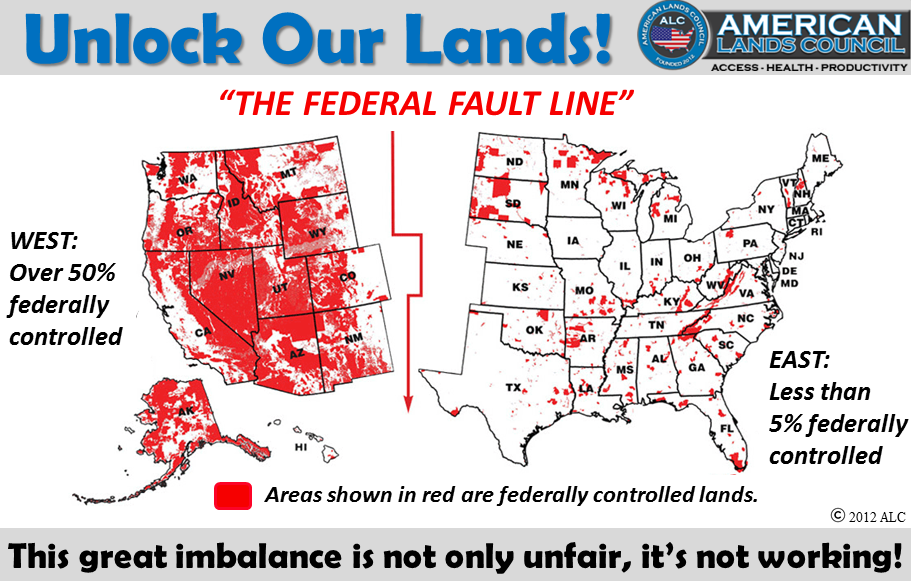