Obviously, we can ignore the polls that show Hillary Clinton beating Donald Trump by 4 points in the popular vote, because that matters for naught. It is the electoral college count that matters.

You know the electoral college, the system set up to give smaller states like Nevada an outsized voice in the presidential election. In a proportionate system, Nevada would have only four votes, one for each member of the House of Representatives, which is divvied up by population. But Nevada gets two extra votes, one for each senator.

Similarly, instead of having only one vote, Wyoming, Montana, Alaska, the Dakotas and a couple of others get three.

How the swing states swing this time could make a huge difference on Tuesday.

Many have Nevada in the too-close-to-call category.

Such as Survey Monkey:

But The Wall Street Journal has Nevada leaning for Clinton: 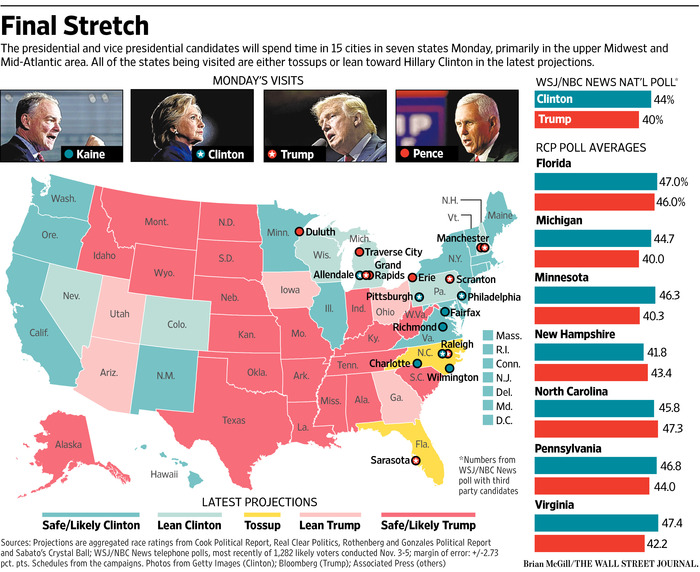 Considering how the unions are pulling out all the stops by busing members to the polls and telling them how to vote, I suspect the WSJ is closer to being accurate. The paper has Clinton clearing the necessary 270 votes by more than 60.

That union ground game could also spell trouble for Joe Heck’s bid to replace Harry Reid in the Senate.

41 comments on “Might Nevada’s electoral college votes swing the election?”