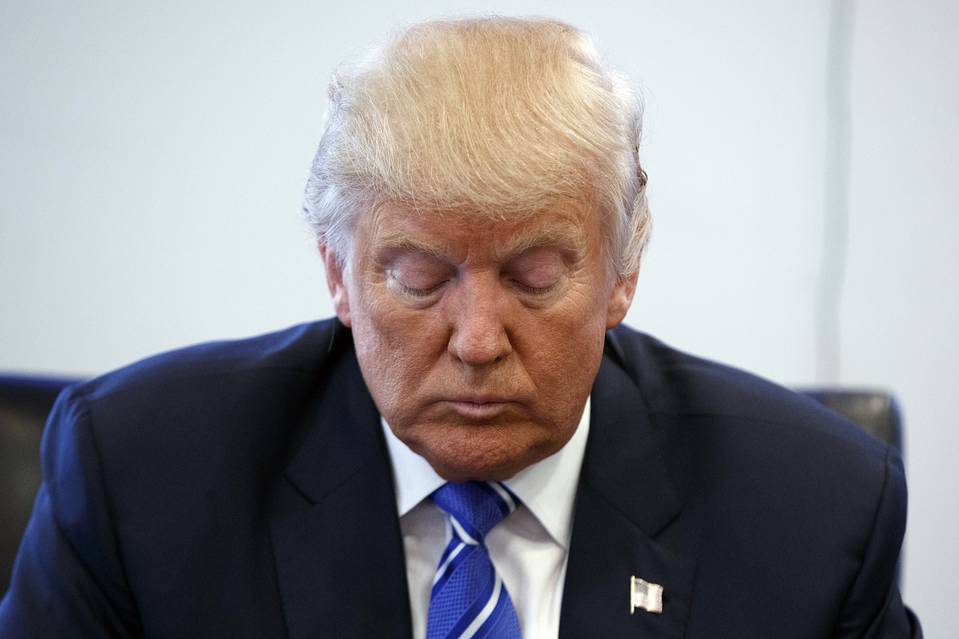 Friday afternoon, Republican Senate candidate Joe Heck’s campaign sent out an email strongly condemning the misogynistic language used by Republican presidential nominee Donald Trump that was caught on tape 11 years ago. (Here is a link to the tape, but the language is too foul to post.)

Today, Heck joined others in the party calling for Trump to step aside as a candidate and said he will no longer support him or vote for Democrat Hillary Clinton.

“I believe our only option is to formally ask Mr. Trump to step down and allow Republicans the opportunity to elect someone who will provide us with the strong leadership so desperately needed and one that Americans deserve,” his campaign email quoted him as saying.

But Trump, as reported by The Wall Street Journal, said he will not quit.

WSJ reports former GOP presidential contender Carly Fiorina has called on Trump to quit the campaign, as have Sens. Mike Crapo of Idaho and Mike Lee of Utah. Others are withdrawing endorsements.

Republican Sen. John Thune of South Dakota today tweeted that Trump “should withdraw and Mike Pence should be our nominee effective immediately.”

Even Pence slapped Trump. “As a husband and father, I was offended by the words and actions described by Donald Trump in the eleven-year-old video released yesterday,” he said in a statement. “I do not condone his remarks and cannot defend them.”

The 70-year-old Trump apologized, but could not unring the bell.

The AP quoted Danny Tarkanian, who is running for Congress against Democrat Jacky Rosen, as saying, “As the father of three girls, I find these comments disgusting. No man should ever talk about women like that.”

Republican Rep. Cresent Hardy, seeking re-election to Congress, said “no woman should ever be treated or described this way. There is no place for this kind of rhetoric in our society.”

“I’ve spent much of my life serving in the military where I stood beside some of the bravest men and women this country has to offer — willing to put themselves in harm’s way to protect the freedoms upon which this country was founded. They live by a code of honor, of decency and of respect.

“As a husband and a father, I strive to bring that same code of honor into my personal life.

“I believe any candidate for President of the United States should campaign with common ethical and moral values and decency. I accept that none of us are perfect. However, I can no longer look past this pattern of behavior and inappropriate comments from Donald Trump. Therefore, I cannot, in good conscience, continue to support him nor can I vote for Hillary Clinton.

“Our campaign will move forward, and continue to be based on the core principles of the Republican Party, the need for conservative leadership and the requirement that all people be treated with respect and dignity.

“My hope is that this will not divide us and that we can unite behind Republican principles. We deserve a candidate who can ask him or herself at the end of the day, ‘Did I live my life with honor and do I deserve to be elected president of the United States.’

“I believe our only option is to formally ask Mr. Trump to step down and allow Republicans the opportunity to elect someone who will provide us with the strong leadership so desperately needed and one that Americans deserve.

“Today, I stand here disappointed in our choices for president but more committed than ever to bringing that same code of honor, decency and respect to the United States Senate.”

The Republican Party never should have nominated this reprobate in the first place. His track record was well known. He is not now nor has he ever been a Republican.