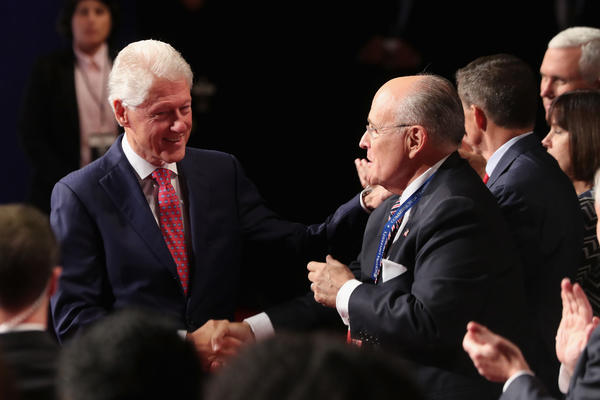 “The president of the United States, her husband, disgraced this country with what he did in the Oval Office, and she didn’t just stand by him, she attacked Monica Lewinsky,” Giuliani said in a video posted on social media, according to an LA times account of that online video. “And after being married to Bill Clinton for 20 years, if you didn’t know the moment Monica Lewinsky said that Bill Clinton violated her that she was telling the truth, then you’re too stupid to be president.”

No, she is not too stupid. She knew full well what was going on but for her the truth and character are irrelevant. She is willing to attack anyone at anytime for any reason if it serves her purpose.

She is malevolent, unprincipled, cunning, vindictive, manipulative, ruthless and self-absorbed, but not stupid.