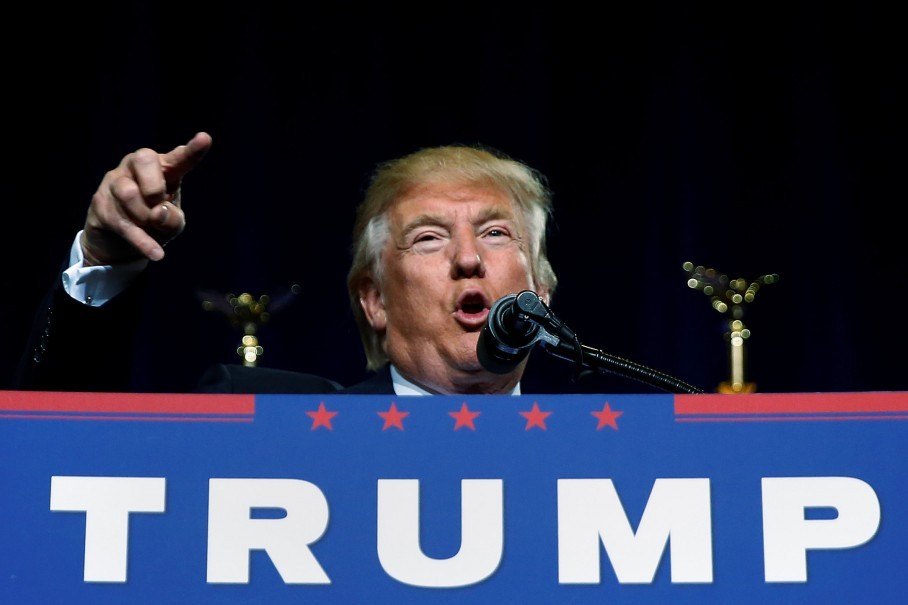 Donald Trump zigged when everyone expected him to zag. Instead of softening on illegal immigration, he doubled down.

In a speech in Phoenix Wednesday, after flying to Mexico to visit that country’s president, Trump repeated his promise to build a high-tech wall on the border and have Mexico pay for it — though Mexico’s president says it will not. He said he would begin deporting 2 million criminal aliens on day one. He said there would be no amnesty and those here illegally would have to go home and apply to come here legally. He said he would immediately terminate Obama’s two executive orders granting legal status to 5 million illegal aliens — DACA and DAPA, the first for children brought here illegally and the second for their parents who brought them.

A Washington Post writer called Trump’s strategy a loser. “Republicans facing four more years in the wilderness will long recall the raucous rally in Phoenix as a low point of the Trump campaign, perhaps even as the moment that he definitively extinguished his hopes of becoming president,” James Hohmann writes.

Seemingly buoying Hohmann’s view that no one cares about immigration as an issue, except immigrants who want amnesty and open borders, Rasmussen Reports released a poll Wednesday saying support for amnesty has risen to its highest level since 2008.

“A new Rasmussen Reports national telephone survey finds that 41% of Likely U.S. Voters now think legalizing the status of undocumented workers already living in the United States is more important than gaining control of the border, up from 34% in February,” the company said. “Just over half (51%) still believe gaining control of the border is more important when it comes to immigration reform, but that’s down eight points from 59% six months ago.”

But a year ago Rasmussen was reporting 51 percent of all likely voters favor building a wall on the border, and 80 percent support the deportation of illegal immigrants convicted of a felony, while 54 percent disagree with the current federal policy that says a child born to an illegal immigrant here is automatically a U.S. citizen. Only 34 percent agreed with Obama’s DACA and DAPA orders.

Perhaps views have changed that much that quickly.

The Wall Street Journal also seemed to imply that immigration is a losing issue for Trump, noting that he trails Hillary Clinton in polls in each of the 11 battleground states that will likely decide the election.

“His weakness among Hispanic voters has damaged his standing in Colorado, Nevada and Florida, and made Arizona competitive — a heavily Republican state where the Clinton campaign opened two offices in August and invested more than $100,000 in field staffers to register voters and boost Democratic turnout,” the paper writes.

Nevada Public Radio posted online an annotated copy of the Trump speech. Most of the comments disputed Trump’s major arguments, of course.

In a strident speech given over a steady roar of cheers, he restated his brutally simple message: Criminal aliens were roaming our streets by the millions, killing Americans and stealing our jobs, and he’d kick them all out with a new “deportation force,” build the wall and make America safe again.

During his speech Trump actually introduced the parents of some of those killed by illegal alien criminals.

During his speech Trump appealed to those concerned about federal spending and competition for jobs:

Hillary Clinton has pledged amnesty in her first 100 days, and her plan will provide Obamacare, Social Security and Medicare for illegal immigrants – breaking the federal budget. On top of that, she promises uncontrolled low-skilled immigration that continues to reduce jobs and wages for American workers, especially African-American and Hispanic workers. This includes her plan to bring in 620,000 new refugees in a four-year term.

He emphasized the criminal element:

Since 2013 alone, the Obama Administration has allowed 300,000 criminal aliens to return back into U.S. communities – these are individuals encountered or identified by ICE but who not detained or processed for deportation.

Trump also appealed to those concerned about admitting refugees from countries who might turn out to be terrorists:

As soon as I enter office, I am going to ask the Department of State, Homeland Security and the Department of Justice to begin a comprehensive review of these cases in order to develop a list of regions and countries from which immigration must be suspended until proven and effective vetting mechanisms can be put into place.

Countries from which immigration will be suspended would include places like Syria and Libya.

For the price of resettling 1 refugee in the United States, 12 could be resettled in a safe zone in their home region.

Another reform involves new screening tests for all applicants that include an ideological certification to make sure that those we are admitting to our country share our values and love our people.

For instance, in the last five years, we’ve admitted nearly 100,000 immigrants from Iraq and Afghanistan – in these two countries, according to Pew research, a majority of residents say that the barbaric practice of honor killings against women are often or sometimes justified.

Applicants will be asked for their views about honor killings, about respect for women and gays and minorities, attitudes on Radical Islam, and many other topics as part of the vetting procedure.

Whether he will use a lie detector or truth serum is not stated.

The question now is whether this is a winning issue or losing issue. We shall see.

Speaking of seeing, a Rasmussen Reports poll released today shows Trump with 40 percent backing to Clinton’s 39 percent among likely voters. A week ago, Clinton led 42 percent to 38 percent. Libertarian Gary Johnson now gets 7 percent of the vote, down from 9 percent in recent weeks.

22 comments on “Is immigration a winning issue for Trump … or not?”