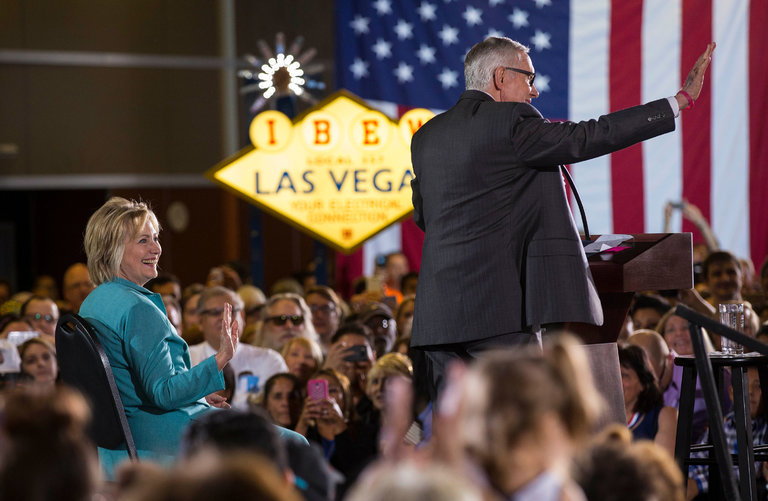 When Donald Trump says the elections are rigged, he is paranoid.

When Harry Reid writes a letter to the head of the FBI asking for an investigation into whether Russians are trying to rig the election for Trump, he is prescient. Nay, really just late out of the gate.

Reid’s Aug. 27 letter to FBI Director James Comey seeking the probe comes more than a week after the FBI sent out a warning to state elections departments about possible cyber attacks.

The FBI has uncovered evidence that foreign hackers penetrated two state election databases in recent weeks, prompting the bureau to warn election officials across the country to take new steps to enhance the security of their computer systems, according to federal and state law enforcement officials.

The FBI warning, contained in a “flash” alert from the FBI’s Cyber Division, a copy of which was obtained by Yahoo News, comes amid heightened concerns among U.S. intelligence officials about the possibility of cyberintrusions, potentially by Russian state-sponsored hackers, aimed at disrupting the November elections.

Yahoo News sources said the targeted states were Arizona and Illinois. In July, Illinois shut down voter registration for 10 days after hackers downloaded data about 200,000 voters.

The FBI alert listed IP addresses, one of which has been linked to suspected Russian hackers.

If someone makes the charge after this election that the results were altered by hackers, our country has almost no way of credibly refuting that claim. Thus American voters will have no way to know if they can trust the results of the election, unless it is a landslide, so large that it seems unlikely that the winning margin was purely the result of malicious activity.