One problem with the federal control of so much land in the West is that the bureaucrats are hell bent on expanding their domains.

That wildlife refuge in Oregon, where the Bundy brothers and like-minded protesters are camped out, has grown to double its original size in the past century, gobbling up ranches by hook and/or crook.

As I’ve reported previously, several years ago a high ranking executive with the Interior Department explained during a newspaper editorial board meeting that the unwritten policy of the agency was “acre-for-acre” — meaning that for every acre of federal land that was sold for private development, an acre of private land somewhere else should be purchased, so the agency holdings would never decline. This was not a policy to preserve the land, but one to preserve federal jobs and the power of the executives.

In November, Obama put this policy in writing. In a presidential memoranda to the various agencies that control federal land, Obama told the agencies they “should establish a net benefit goal or, at a minimum, a no net loss goal for natural resources the agency manages …” To the bureaucrats, “no net loss” doubtlessly is “acre-for-acre” writ in stone.

On Wednesday, an Interior Department press release confirmed this stance.

“U.S. Secretary of the Interior Sally Jewell today announced the U.S. Department of the Interior will invest $39.1 million from the sale of public lands in Southern Nevada to fund more than 40 projects to improve recreation, reduce the risk of wildfires, conserve sensitive landscapes and restore important wildlife habitat throughout the state,” the press release opens. 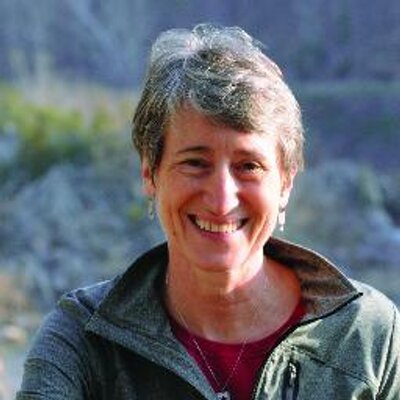 The key is that a third of that money — $12.2 million — will be spent on “Environmentally Sensitive Land Acquisitions.”

Under the Southern Nevada Public Land Management Act of 1998 the feds must sell off 74,000 acres in Clark County for private and public development, half of which already has been sold or transferred.

But Interior plans use those funds to buy still more land and take it out off the tax rolls.

What do you bet the number of acres sold for urban development at the price of $39 million will allow the agency to buy an equal number, or greater, of acres in more rural settings?

James Q. Wilson, the Ronald Reagan Professor of Public Policy at the Pepperdine University, explains in “The Rise of the Bureaucratic State“:

By viewing bureaucracy as an inevitable (or, as some would put it, “functional”) aspect of society, we find ourselves attracted to theories that explain the growth of bureaucracy in terms of some inner dynamic to which all agencies respond and which makes all barely governable and scarcely tolerable. Bureaucracies grow, we are told, because of Parkinson’s Law: Work and personnel expand to consume the available resources. Bureaucracies behave, we believe, in accord with various other maxims, such as the Peter Principle: In hierarchical organizations, personnel are promoted up to that point at which their incompetence becomes manifest — hence, all important positions are held by incompetents. More elegant, if not essentially different, theories have been propounded by scholars. The tendency of all bureaus to expand is explained by William A. Niskanen by the assumption, derived from the theory of the firm, that “bureaucrats maximize the total budget of their bureau during their tenure” — hence, “all bureaus are too large.” What keeps them from being not merely too large but all-consuming is the fact that a bureau must deliver to some degree on its promised output, and if it consistently under delivers, its budget will be cut by unhappy legislators. But since measuring the output of a bureau is often difficult — indeed, even conceptualizing the output of the State Department is mind-boggling — the bureau has a great deal of freedom within which to seek the largest possible budget.

It spends that budget to accrue more power and a large dominion.

5 comments on “How the bureaucrats are conquering the West”