Did the Las Vegas newspaper pick a fine time to dump The Associated Press and replace it with Reuters, Washington Post, CNN, Sports Xchange, etc., which have no presence in Nevada? Today the print version used a free-lance banner story by a former AP Nevada reporter on the amount of water the Tesla Motors battery plant in Storey County will require and two stories with bylines from the Reno newspaper. There appears to be a need for additional resources across the state.

But what makes this interesting is an AP blog posted recently in which the newspaper cooperative promises to reverse a trend and beef up statehouse coverage in 50 state capitals: 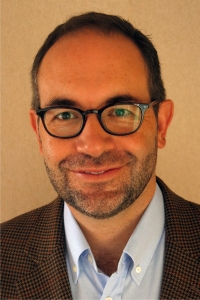 Building on The Associated Press’ unmatched presence in all 50 U.S. statehouses, we are adding to our competitive advantage by creating a team of state government specialists.

As announced today to the AP staff, the specialists will collaborate with statehouse reporters, as well as on their own projects and stories focused on government accountability and strong explanatory reporting. Their over-arching goal will be “to show how state government is impacting the lives of people across the country,” said Brian Carovillano, managing editor for U.S. news.

Specifically, the AP says it has hired 13 statehouse reporters in the past year and plans to add 40 or so contract reporters to cover legislative sessions in 2015 — over and above the current staffing level.

The cooperative promises additional reporters for beats such as such as politics, immigration, crime and education.

“Beyond that, we are really pushing our state bureaus to focus their time and effort on content that is exclusive to AP and that our members and subscribers can’t get anywhere else. That needs to be our guiding principle,” the blog says.

It goes on to say the AP will set up editing operations to handle “shared” news from the members of the cooperative. That apparently will not include the R-J.

One comment on “Did R-J pick a fine time to quit the AP?”