In a scathing 104-page opinion a Nevada federal judge lambasted the Bureau of Land Management and the Forest Service for behavior that “shocks the conscience” of the court, accusing federal officials of attempting to bankrupt the Hage family ranch by entering into “a literal, intentional conspiracy to deprive the Hages not only of their permits but also of their vested water rights.”
The Hage family, which owns the Pine Creek Ranch near Tonopah, has been waging a court battle with the federal agencies for 22 years.
A couple of weeks ago Nevada Federal District Court Judge Robert Jones handed down an opinion in U.S. v. Estate of Wayne E. Hage (U.S. v. Hage). The judge did find that Hage cattle had in fact trespassed on federal land and ordered Wayne N. Hage — son of the late E. Wayne Hage who died in 2006 and Jean Hage who died in 1996 — to pay $165.88 in damages, as reported in this week’s newpaper column available online at The Ely Times and the Elko Daily Free Press. 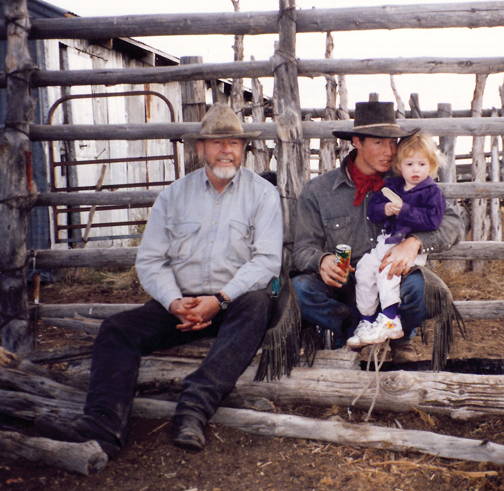 During the course of the trial, according to Jones, the government invited others to apply for grazing permits on allotments held by the Hages, applied with the Nevada State Engineer for its own watering rights in an effort to interfere with the Hages’ rights, and issued trespass notices and demands for payment to witnesses soon after they testified in this case.

The judge ordered Hage to apply for a permit and for the federal agencies to grant it. He also enjoined the government from issuing trespass or impound notices to Hage.

In 1986, Hage stopped applying for special use permits to maintain his water sources and ditches on federal land, arguing he had an “absolute right” under Nevada water law to maintain them.

In 1991, the Forest Service twice impounded Hage’s cattle. When he could not get them back by paying the cost of impoundment, the government auctioned the cattle for $39,000 and kept the proceeds — a bit more than $165.88.

That year, Hage filed suit claiming a “taking” of his property rights under the Fifth Amendment.

At one point in the many iterations of the Hage litigation a federal court awarded the Hages $2.9 million for the taking of their water rights under the Fifth Amendment and $1.4 million in statutory compensation for improvements made in connection with the revoked grazing permit. With interest the total award amounted to $14.2 million. And that was four years ago.

An appellate court vacated the award, saying the case was not yet “ripe” because the Hages had failed to continue filing for grazing permits, even though it would have been a futile gesture.

The Fifth Amendment “takings” case has been appealed to the U.S. Supreme Court, which is scheduled to decide this month whether to hear it.

Read the entire column at the Ely or Elko websites.