Democrats today in the Senate are making political hay out of a bill they couldn’t pass when they controlled both branches of Congress, all in the name of creating fodder for political ads this fall — more of the war on women nonsense.

The bill being debated and voted on today is called the Paycheck Fairness Act with a purported purpose of making sure women are not discriminated against by getting smaller paychecks for doing the same work as men. It creates a huge bureaucracy and adds reams of red tape and creates an assumption that unequal pay is discriminatory. 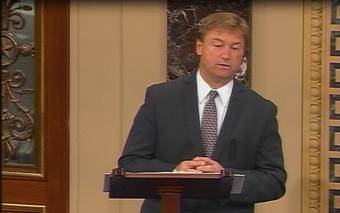 Among other things it requires the Equal Employment Opportunity Commission to collect data from employers on pay by sex, race and national origin. Do you think legitimate differences in performance will be a defense if the data reveals a disparity?

It, frankly, would end rewards for superior performance in the workplace.

For example, if I as an editor wished to give a pay increase to a male reporter, I would be thinking about how I could explain to a judge why the male reporter’s writing style flowed and entertained while his female co-worker’s was, well, pedantic and boring. Such decisions are subjective. Further, why should any supervisor expose himself (or herself, of course) to spending countless “man”-hours with the attorney and in depositions with the plaintiff’s attorneys. Believe me, those are not fun.

The political pandering started even before today’s floor debate. On Tuesday the Democratic Senatorial Campaign Committee sent out a statement accusing Sen. Dean Heller, R-Nevada, of having a long record of opposing equal pay for women.

“You would think equal pay for equal work would be a no brainer, but clearly that’s not the case for Republicans like Dean Heller. It’s possible that Dean Heller pulls an election year etch-a-sketch, but it is more likely that Heller stands with Republicans and throws middle class families under the bus who are already struggling in this economy,” said Matt Canter, spokesman for the DSCC in the statement.

Heller took to the floor of the Senate today and said:

“Congress passed the Equal Pay Act in 1963 to ensure every individual receives equal pay for equal work, regardless of gender.  It is a strict liability statute that requires evidence of intent to discriminate.  If there is evidence of intentional discrimination, appropriate remedies, including punitive and compensatory damages, are available under the Civil Rights Act.“Let me be clear, pay discrimination based upon gender is unacceptable.  Despite the political rhetoric around here, everyone agrees on this fact.  The question is, will the Paycheck Fairness Act actually address workplace inequality?  The simple answer is ‘no.’

“Unfortunately, the only winners under this legislation would be trial lawyers—giving them a windfall, exposing employers to unlimited punitive damages.

“This legislation opens the door to frivolous lawsuits, which already cost our economy billions of dollars a year. Legitimate cases that could be addressed under the current system would be lost in a flood of suits initiated by lawyers hoping to win a few large judgments.  These lawsuits, if successful, could transfer billions of dollars from employers to trial lawyers.  In an economy already marked by uncertainty, this legislation would surely mean lost jobs, limitations on benefits, and pay cuts.  These changes would mean much harder times ahead for Nevada’s underemployed and unemployed, so many of whom are women.”

He went on to say the only winners on this legislation would be trial lawyers. He said the legislation opens the door to frivolous lawsuits, which already cost our economy billions of dollars every year. He said the bill would cost jobs and result in pay cuts.

“The bill ought to be called the ‘Trial Lawyer Paycheck Act,’ since it is a recipe for a class-action boom. The law automatically lists women as plaintiffs in class actions when lawyers sue employers, thereby requiring female employees to opt-out of litigation with which they don’t agree. Businesses would be treated as guilty until shown to be innocent …”

Heller called the bill just another example of Democrats’ war on free enterprise, noting that under Obama there are 766,000 more women unemployed today than when he took office. The bill couldn’t be passed when Democrats controlled both houses of Congress, he noted,  suggesting it is a device to provide fodder for press releases.

For his part, Sen. Harry Reid, D-Trial Lawyers, used his floor time to attack Mitt Romney, who’s not taken a stand on the bill.

“The only Republicans who are against our commonsense measure are the ones that are in Congress in Washington,” Reid was quoted as saying by The Hill. “Even Mitt Romney has refused to publicly oppose this legislation. He may oppose it but he’s afraid to say anything about it. Why? Because it’s obvious why.

“He should show some leadership, in my opinion … and tell his fellow Republicans that opposing fair pay for all Americans is shameful. Instead, no one knows where he stands.”

“Majority Leader Harry Reid is back with this trial lawyer doozy just in time for 2012 election ads. Democrats last rolled out this attempt to equalize pay between men and women in 2010, when it also failed to get enough votes. Funny how this always seems to come up in election years.

“Mr. Reid knows the bill is doomed again, and that’s more or less the point. The White House and Democrats will be happier if it doesn’t pass. Their goal is to portray GOP Senators as opposed to ‘equal pay for equal work,’ all the better for President Obama to court women voters this fall.”

The editorialists, like Heller, noted there is already on the books the 1964 Civil Rights Act and the 1963 Equal Pay Act, as well as the Lilly Ledbetter Act in 2009. They noted that as recently as March Mr. Obama said the Ledbetter Act “ensures equal pay for equal work.” What changed in the last three months, they ask?

The political battlefield, of course.

Heller’s alternative to the Paycheck Fairness Act is a bill that would give employees greater access to paycheck information so they can themselves determine whether they are being discriminated against. Sounds like a great way to boost morale and camaraderie in the workplace, no? Imagine the mischief that could create.

It is all a game of strategies with Harry and the Democrats, a matter not of legislation but of finding sound bites and divisive issues. Remember this when you see those ads from Shelley Berkley.